22. November 2021
Between flexibility and precariousness, all eyes are on Brussels’ move on platform workers

euractiv (19.11.2021) The European Commission, which is due to present its proposal on platform workers on 8 December, faces a tricky balancing act: ensuring decent working conditions while maintaining the flexibility of a booming sector.

Project Syndicate (16.06.2021) During the COVID-19 pandemic, governments worldwide have taken advantage of technological solutions to streamline social-protection schemes. But, for all its benefits, a digital approach to welfare programs implies an obvious risk: exclusion of those on the wrong side of the digital divide.

CEPS (14.06.2021) Digitalisation is not only changing the nature of jobs, workplaces and skills development, but also the way work is allocated. Digital labour platforms (DLPs) are driving innovation in the allocation of work. Check out the latest landscape, trends, and impact on working conditions. The report aims to improve the available data on platform work in the EU. To achieve this, it: – identifies trends in the development of the EU digital labour platform economy in the last 5 years; – provides an overview of the latest platform landscape in the EU27; – assesses the working conditions of people working through platforms across different business models.

EURACTIV.com (12.03.2021) Spain’s government announced a deal that will recognise riders working for delivery firms such as Deliveroo and UberEats as salaried staff following complaints about their working conditions — a first in the EU. The move came six months after Spain’s leftwing government pledged to clarify the legal status of couriers working for online delivery firms, saying they should be considered employees rather than “gig” workers. It will strike at the heart of the so-called gig economy, which relies on hundreds of thousands of independent workers for app-based services such as food delivery or car rides. The government’s deal with Spanish labour unions sets up the first legislation in Europe that explicitly regulates the status of delivery workers who get around on bikes and motorcycles and whose numbers have exploded in recent years. In Spain, as in other countries, the riders have repeatedly denounced their precarious working conditions, taking legal action to demand recognition as salaried staff, which would grant them benefits such as paid holidays and sick leave. “They are now considered as salaried workers and will enjoy all the relevant protections,” Labour Minister Yolanda Diaz said in a televised address. Spain is “the first country in the European Union to legislate on the matter”, Diaz said.

socialeurope.eu (20.04.2021) The labour status of people working in the online platform economy is key to their socio-economic protection. But it has proven a difficult issue for courts and regulators. The European Union is considering introducing a ‘rebuttable presumption of employment’ to help address this problem. What could this entail exactly?

Asian Development Bank  (March 2021) Digitalization has gained more prominence amid COVID-19 and has highlighted the value of big data for public sector management. The brief explains the potential benefits of big data for public services such as health, social protection, and education and how this can contribute to the post-pandemic recovery. It also assesses the key enablers and policy actions needed to realize big data benefits in the region.

EURACTIV.com (12.02.2021) Spain’s labour ministry, trade unions, and employer’s associations have agreed this week in principle to a law improving the rights of food delivery workers employed by global digital platforms like Deliveroo, granting them the status of “permanent staff” instead of self-employed.

The Indian Express (02.02.2021) The Budget for 2021-22 (April-March) also proposes to launch a portal that would collect relevant information on gig economy workers, including those working in building and construction, among others.

5. Februar 2021
How technology can be deployed to scale-up Social Protection during COVID-19: The Case of South Africa, Nigeria and Africa

Research ICT Africa (January 2021) This RIA policy brief examines how technology, such as artificial intelligence (AI), can be deployed to scale social protection programmes as well as reduce corruption in the disbursement of social protection grants, which the COVID-19 lockdowns, have revealed are vital lifelines for the most vulnerable.

OpenGov Asia (01.12.2020) The pandemic has fundamentally changed lifestyles and thought processes across the world. There is a paradigm shift in the way people now interact with each other. With social distancing becoming the new norm, citizens are increasingly becoming dependent on technology to communicate and interact among themselves. In order to help public sector utilise digital applications and APIs to enhance service delivery and get digital transformation right, OpenGov Asia hosted an OpenGovLive! Virtual Breakfast Insight with delegates from various public sector organisations in Indonesia.

12. November 2020
US: Prop 22: why Uber's victory in California could harm gig workers nationwide

The Guardian (11.11.2020) Ballot measure exempting ride-sharing companies from treating drivers as employees could serve as model for future laws

The Washington Post (05.11.2020) Gig economy workers were pushed to the brink. It led to a historic confrontation over the future of the business model. The state ballot measure, Proposition 22, will make drivers independent contractors according to California law. That supersedes a new law, known as A.B. 5, intended to grant drivers full employment, including minimum wage protections, health care and such benefits as unemployment and sick leave.

2. Oktober 2020
Digital Economy: 10 ways to a brighter future of work in the digital economy

ilo.org (01.10.2020) Based on findings from seven countries (Canada, China, Germany, India, Indonesia, Singapore and Thailand), the ILO has outlined 10 possible policy responses to inform dialogue among governments, employers’ and workers’ organizations to advance decent work opportunities for more women and men in the digital economy

1. Oktober 2020
Going Viral : COVID-19 and the Accelerated Transformation of Jobs in Latin America and the Caribbean

worldbank.org (28.09.2020) The economic impact of COVID-19 is unprecedented in size and scope. It has quickly evolved from a health emergency into an employment crisis. It also has far-reaching implications for workers beyond the immediate employment effects, as it most likely has accelerated the transformation process of jobs that had already started in the region and the world. This book focuses on three important pre-pandemic trends observed in the region—namely, premature deindustrialization, servicification of the economy, and task automation—that were significantly changing the labor market landscape in the region and that have been accelerated by the crisis.

14. Juli 2020
After coronavirus, telemedicine is here to stay

blogs.worldbank.org (07.07.2020) The COVID-19 pandemic is accelerating the long-anticipated surge in telemedicine services worldwide. Consulting a health care provider over phone, video or text has become the new normal for many non-urgent medical needs, while the crisis has sparked renewed interest in digital tools that can test and monitor at-risk patients safely in their homes.

IMF Blog (22.07.2020) The practical challenge of quickly getting financial support in the hands of people who lost jobs amid the COVID-19 economic crisis has baffled advanced and developing economies alike. Economic lockdowns, physical distancing measures, patchy social protection systems and, especially for low-income countries, the high level of informality, complicate the task. Many governments are leveraging mobile technology to help their citizens.

Bloomberg (16.06.2020) France will consider proposals to protect gig workers after pandemic lockdowns pushed the status of people who rely on tech platforms for their income to the forefront. French Prime Minister Edouard Philippe has appointed a group of nine experts to suggest increased protection for platform workers, such as Uber Technologies Inc. and Deliveroo drivers, and others by October, according to a copy of the request made public by one of the members. 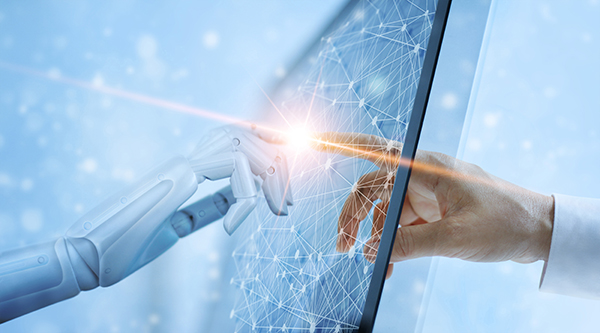