For the 2020–2022 triennium, the Technical Commission on Policy Analysis and Research (TC PAR) implemented a study on the role of social security in promoting inclusive growth and social cohesion.

The study entitled The role of social security in inclusion and social cohesion: Connecting the dots is based on the five country reports on Argentina, Brazil, Chile, Costa Rica and Uruguay, which are among the most advanced welfare states in the Latin American region. These countries have the highest levels of overall social expenditure as a percentage of GDP and the highest GDP per capita in the region. They are thus seen as providing a solid foundation for examining how social security contributes to social inclusion and cohesion.

The study’s analytical framework puts the provisions of ILO Convention 102 on Social Security and ILO Recommendation 202 on Social Protection Floors in the context of the life course approach to social security. Notwithstanding the comprehensiveness of the ILO provisions, there are noticeable gaps in protection levels over the life course, particularly in those periods when children and the young and/or the unemployed are expected to acquire skills and competencies for their eventual gainful (re)employment.

The study highlights the various initiatives of the five countries to build synergies between social assistance programmes and programmes administered by other government agencies (e.g. free or subsidized training or education; active labour market policies) as well as engaging the private sector through apprenticeships, vocational training, internships and job vacancies, the latter being direct strategies to enter the formal labour market.

TC PAR contributed two more studies implemented by the Employees Provident Fund Organization of India. The first one, Business Empowerment Centre of India, outlines the country’s efforts to reduce dependency on social assistance by enabling people to upgrade their skills and find better paying jobs. The second one was on Innovative interventions during COVID-19. The studies support the ISSA topical priority on inclusion and social cohesion.

TC PAR has also contributed to various ISSA webinars and ISSA events including the ISSA Virtual Social Security Forums in Africa, the Americas, and Asia and the Pacific. 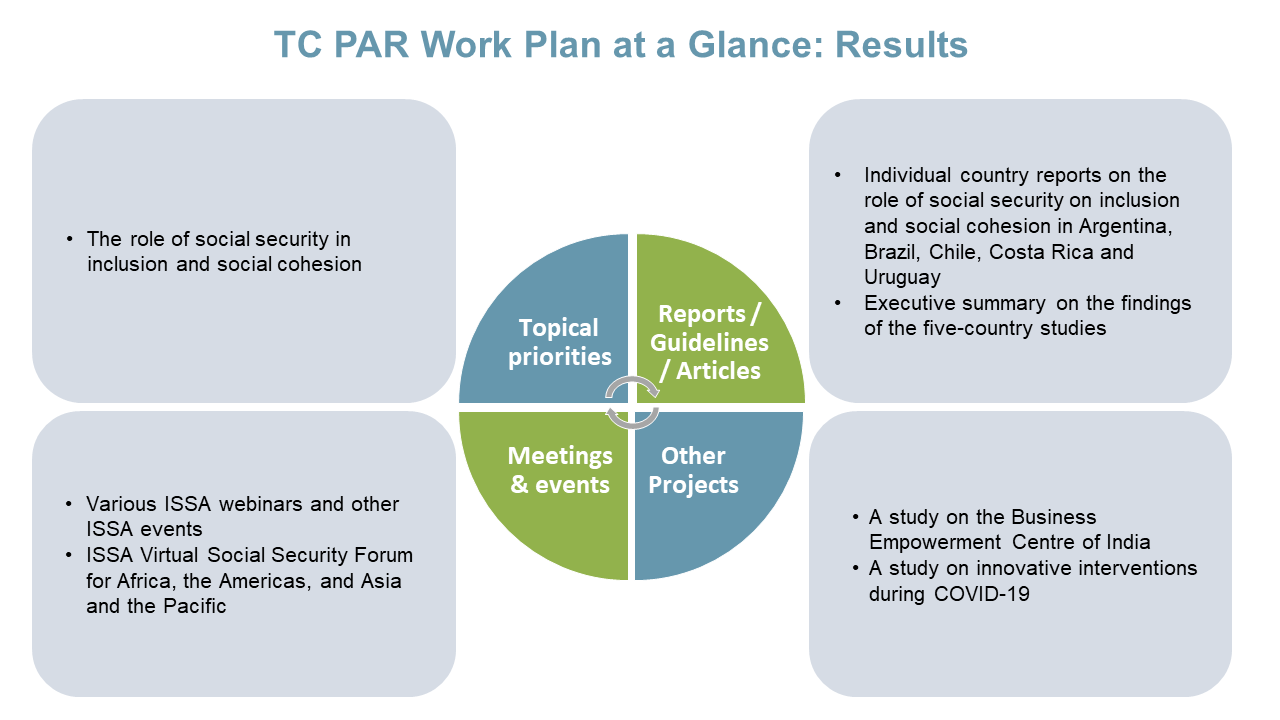