23. September 2022
Ireland to increase state pension for those who work beyond 66

SaltWire (20.09.2022) Ireland will offer anyone over 66 a higher state pension the longer they stay in work, sidestepping a recommendation by a government-appointed commission to gradually increase the retirement age to 68 to help fund the ageing population. Under the proposed flexible model agreed by ministers on Tuesday, people will have the option from 2024 to continue working up until the age of 70 in return for a higher pension for each additional year they work.

pensionpolicyinternational.com (19.09.2022) The share of Japan’s older adult population, those over age 65, has been increasing every year since 1950 and is expected to reach 35.3% of the total population in 2040. For the first time, Japan’s over 75s account for over 15% of the population, after their cohort rose by 720,000 to 19.37 million people, government data released Sunday showed, in further evidence of the country’s rapidly graying society. Also hitting a record high this year was the number of those over 65 — 36.27 million people, accounting for 29.1% of the population, according to the Ministry of Internal Affairs and Communications data, which was released ahead of Monday’s Respect for the Aged Day holiday. Japan tops the world rankings for the oldest society by proportion of over 65s, well above Italy in second place at 24.1% and third place Finland with 23.3%.

tandfonline.com (31.03.2021) What are the effects of biometric and digital technologies on social protection for the poor in India? Drawing on ethnographic research from rural Tamil Nadu, this paper presents evidence of how new technologies are experienced by beneficiaries of the Public Distribution System (PDS), and analyses the impacts of technology innovations on transparency, exclusion and mediation. The authors focus on the implementation of ‘smartcards,’ new digitised and Aadhaar-enabled ration cards, introduced in ration shops across Tamil Nadu in 2017. They first document how digitised smartcards and mobile text messages transform transparency for beneficiaries by introducing new opacities and information gaps. They then demonstrate how a lack of transparency (re)produces forms of exclusion that remain a challenge under the automated PDS. Finally, the paper highlights how novel forms of kin and non-kin mediation play a mitigating role in accessing PDS, and constitute a vital part of the infrastructure underpinning social welfare delivery.

16. September 2022
Poor families first: Challenges of the ‘stimulus checks’ in the United States’

ipcig.org (01.09.2022) Economic Impact Payments (EIPs)—commonly referred to as ‘stimulus checks’—were one of the key measures adopted by the US government to ease the crisis resulting from the COVID-19 pandemic. By May 2022, USD817 billion had been distributed to about 85 per cent of US households. However, those most in need faced many obstacles to receive the benefits, or never even received them. This Policy Research Brief examines some aspects of the operationalisation of this initiative and provides suggestions for future improvement.

16. September 2022
Skills and employment: Big data offers new way to monitor changes in the demand and supply for skills

ilo.org (32.08.2022) A new study by the International Labour Organization finds that, with the right tools, data from online jobs platforms can provide important information about current and future demand and supply of skills in the labour market

AP News (06.09.2022) The Spanish government on Tuesday passed a law giving hundreds of thousands of domestic cleaners and carers the right to unemployment benefits and other job protection measures for the first time. Labor Minister Yolanda Díaz said the law would benefit more than 370,000 people, 95% of whom are women. She said the bill was intended to end discrimination against workers whose jobs have been undervalued for too long.

europa.eu (05.09.2022) The report examines long-term care systems for people aged 65 or above in the 27 EU Member States. It reveals that long-term care challenges have become increasingly salient in recent decades in EU Member States’ policy and political agendas. At the same time, in many countries long-term care policies and systems are still less developed than other social protection branches. Furthermore, the expansion of long-term care policies has to face a trilemma: ensuring an adequate coverage of needs with affordable high-quality formal services; determining the extent to which meeting long-term care needs depends on informal carers, while ensuring informal care remains a choice not a necessity and informal carers are adequately supported; and seeking to step up investments and reforms at a time when public budgets are under pressure and cannot easily be expanded. The report shows that EU Member States respond differently to this LTC trilemma and identifies six social protection models for long-term care that emerge from the analysis.

europa.eu The report explores how 35 European countries monitor social spending through dedicated national frameworks, and investigates the processes assessing the outcomes and effectiveness of public social spending. While these are fairly diverse, the report identifies two broad categories of monitoring practices: within and separately from the overall public spending monitoring framework. The strengths of these frameworks include reliable, timely and precise indicators, mostly on levels of public social spending, as well as comprehensive centralised information systems. Social spending review processes may be recurrent, but are in most cases conducted on an ad hoc basis to respond to specific institutional needs or political circumstances. Supreme Audit Institutions often play a key role in social spending reviews. Monitoring of social outcomes of public spending, such as poverty, inequality reduction or income redistribution, appears to be quite uncommon, and reviews of its effectiveness (i.e. linking social spending to social outcomes) are even rarer.

5. September 2022
The expanding need for social protection in Jordan

ammannet.net (05/09/2022) Over the past years Jordan has been facing many challenges including a substantial population increase that includes many refugees; lower rates of economic growth; rising public debt, unemployment and poverty; the COVID-19 pandemic; and challenging geopolitical regional events.  Expectedly social protection has moved into the centre of the policy agenda.   This Policy Brief discusses Jordan’s expanding needs for social protection as well as the need for structural reforms.

2. September 2022
Social assistance spending in Africa before, during and post COVID-19

saspen.org (2022)  This Brief examines social assistance spending in Africa before, during and post-COVID-19 and uses the same to demonstrate how social protection experts in Africa can build on this spending momentum to improve the adequacy and reach of social assistance.

thecable.ng (29.08.2022) The National Pension Commission (PenCom) says it is planning to provide incentives to contributors under the micro pension plan (MPP). The commission said incentives such as health insurance would increase participation in the scheme. Dahir-Umar said the MPP was implemented to curb old-age poverty by assisting informal sector workers, including small-scale businesses, entertainers, professionals, petty traders, and others.

dw.com (August 2022) An aging population, a dramatic labor shortage and a pension pot shortfall are an explosive mix for German economy and society. Would raising the age of retirement to 70 kill all those birds with one stone?

UNICEF /UNDP (2022) Responding to climate change, reducing poverty, and supporting social inclusion must be addressed together to build resilient economies and societies. As the recovery from COVID-19 continues, governments need to invest in addressing social and economic inequalities while actively promoting new, sustainable, and climate-friendly livelihoods and income-generating opportunities for all.

Addressing the related challenges posed by climate change and inequalities are essential elements to accelerating progress towards the Sustainable Development Goals (SDGs). Government budgets are the most significant instruments to do so, including aligning policies and incentives and ensuring sufficient financing for just transitions.

The government plans to integrate e-Shram portal with state portal for onboarding social security schemes run by the central government and the state governments to universalize social protection to workers and to improve employment opportunities for them.

The Economic Times (26.08.2022) The government plans to integrate e-Shram portal with state portal for onboarding social security schemes run by the central government and the state governments to universalize social protection to workers and to improve employment opportunities for them.

29. August 2022
Are Asia’s social protection systems ready for the shock of climate change? | The Daily Star

Asia and the Pacific is the most disaster-prone region in the world. It also happens to be the most populous, leaving it disproportionately vulnerable to the impacts of climate change. In fact, of the 10 countries most affected by climate change in the last 20 years, six are in Asia.

26. August 2022
New rights to improve work-life balance in the EU enter into application

European Commission (02/08/2022)  These new rules  set out minimum standards for paternity, parental and carers' leave and establish additional rights, such as the right to request flexible working arrangements, which will help people develop their careers and family life without having to sacrifice either. These rights, which come in addition to existing maternity leave rights, were achieved under the European Pillar of Social Rights and is a key milestone towards building a Union of Equality.

Ahram OnlinePrime (26.08.2022) Minister Mostafa Madbouly has announced that the country's newly introduced social protection package to help Egyptians cope with the global repercussions of Russian-Ukraine war will go into effect in September.

Daily Post Nigeria (12.08.2022)  The Federal Government said the introduction of digitalized cash transfer payment will help in addressing some lapses while operating the analog payment system. Minister of Humanitarian Affairs, Disaster Management, and Social Development, Sadiya Umar Farouq, disclosed this at the official flag-off of the grant for vulnerable groups as well as the digitized payment for conditional cash transfer held in Dutse, Jigawa State. 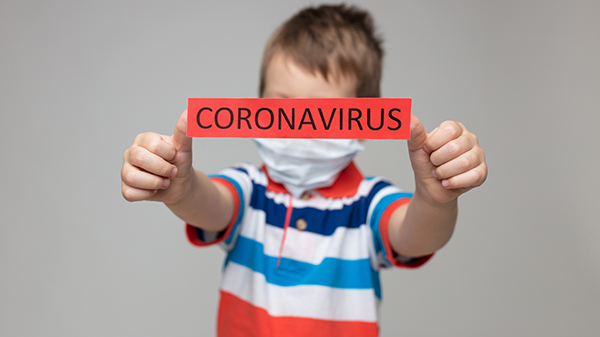